Get a clean carpet 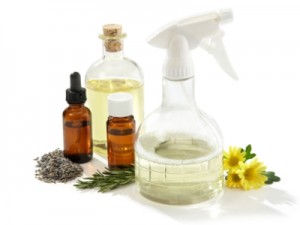 Anti-static treatment is one of our special services. Static electricity, although not a big household problem can prove to be a bit of a nuisance as it accumulates in carpets due to the constant walking and rubbing of shoe soles against the fibers. Most carpets in modern homes and offices are made of synthetic, manmade fibers which generate a lot of static.

These carpets, in combination with low moisture content in the air and poor aeration of the room can build up static charge, which is then discharged when a person touches a light switch, a door knob or some other metal object like a desk, chair or something similar and is lightly zapped in result. Static electricity is also generated by synthetic clothing people wear, so its accumulation cannot be avoided, but it can be treated.

If static builds up so much as to become a problem, the first victims would be computers and other sensitive electronic devices such as PDAs and all the rest, this is a big problem in offices where loads of data are stored and the potential loss of just a single machine is too much to bear and can lead to some serious consequences. Save yourself the hassle and let our anti-static technicians deal with the problem effectively and in one single appointment.

We can treat all your carpets, rugs and all other items generating static, using non-toxic, eco-friendly techniques and materials, which pose no health risk to humans and house pets. Our technicians will likely be able to determine the biggest cause of the static build up and advise you on how to avoid static charge and discharge.

The compound used to create the anti static coating in a room is known as an anti static agent, it makes the surface or object being sprayed slightly conductive in order for a series of miniature discharges to occur rather than a larger one which can be felt by a person or damage a computer. Call today and rid yourself of the annoying power built up in your home or office.

If you ever felt that familiar zap when you went to reach for the light switch, the door knob or a metal pen after walking for a few minutes on a carpeted floor then you have had a firsthand experience with static electricity. Static electricity is the result of walking or rubbing of shoe soles against the synthetic fibers of carpets or rugs found around the house. Although static is not a major household problem it could be a bit of a nuisance.

The generation of static electrify around the home is inevitable, most carpets are synthetic and the constant rubbing or shoes on the carpet generates static which is then discharged when a person goes to reach for a metal object. This phenomenon cannot hurt a person but is bad news for computers. Computers and other fine electronic devices can suffer greatly from static electricity, they can malfunction and lose your important data and information so we recommend our anti static service for households which experience this problem.

Our specially trained technicians can solve your static problems quickly, efficiently and in one single appointment. The technicians will treat your carpets, rugs and all other items generating static, using non-toxic, eco-friendly techniques and materials, which pose no health risk to humans and pets. The compound used to create the anti-static coating in a room is known as an anti static agent. During the course of the treatment our technicians will most likely determine the main source or generator of static and provide you with useful advice on how to avoid generating and discharge of static.

The accumulation of static electricity in the home or the office is inevitable in most cases. Static electricity is generated with every step you take, literally. Static is usually generated by the constant rubbing of shoes soles or synthetic clothing against the carpet or other synthetic materials, furniture fabric finishes and upholsteries found across the house. The static electricity discharge is the problem here. The discharge is the zap which a person receives when they go to reach for the door knob, the light switch or touch the metal sided coffee table.

Although not the nastiest of shocks, the static zap is annoying and a nuisance. Static is a major problem though for computers and other sensitive electronic equipment found in the house. Static discharge can actually cause a computer to malfunction and lose data, which in an office environment is totally unacceptable as the loss of even one machine is too much to bear. In general rooms with poor aeration and low moisture content in the air are more susceptible to static built up and discharge. All in all, the accumulation of static cannot be avoided but it can be treated and reduced to a minimum – good news for your laptop.

We can offer you professional grade anti static treatments for the whole house or the office. Our specially trained technicians will visit you and determine the most likely cause of the static build up and advise you how to minimize it in future. The anti static treatment as it’s known is the application of a specially formulated spray-on compound known as anti static agent.

The agent is sprayed on all surfaces which may be part of the static build up and makes their surface slightly conductive in order to create a series of small, harmless discharges, instead of a large one which can damage a computer. The anti static agent is non-toxic and poses no health risk to humans or animals living at the property. It evaporates shortly after the application, leaving no trace or residue on the surface or in the air.

Scroll back to top